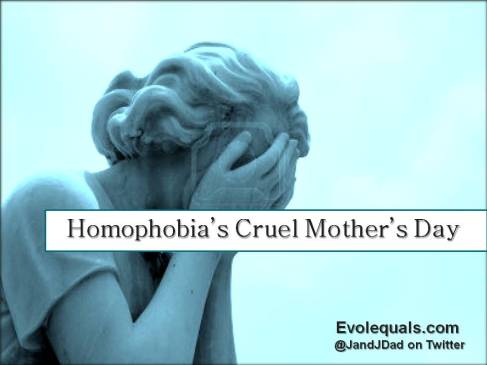 It was the Friday before Mother’s Day. I had published a blog piece on the nature of Mother’s Day and the celebration of all who feel mother love running through their souls. I was finishing up a high-tech piece at my desk at work when my work associate, Kathleen, approached. She politely interrupted me to ask a favor. “I may need to work altered hours on Monday, if that is okay,“ she started. “I have a memorial service that I need to go to.”

I must have looked a little startled at the request. She continued, “Oh no, it’s nothing. Well, it isn’t nothing; it was a very distant cousin of mine. One I hardly knew,” and then, almost under her breath, “It was a suicide.”

With that, my chair spun around and I said whatever feeble words one can say to that kind of news. My friend’s eyes filled with tears as she told me the story of her cousin, who we’ll call “Grace.”

Grace had been a bit of a rebel and a free thinker. The daughter of a conservative Catholic family, she ran with a wild artistic crowd. The days with that crowd left her with independence, and a pregnancy. Her single motherhood presented yet another contentious issue with her conservative family.

Now that she had a daughter in tow, Grace started a responsible life. The rift with her family did not start to mend, as it became progressively obvious that Grace’s daughter, “Glory“ (not her real name), was a lesbian. In the central California region where Grace and Glory lived, it was not only a distant family that they had to contend with, it was also the homophobic mob mentality of their immediate community. Glory was taunted, abused, and verbally assaulted constantly. She was open about who she was, with the support of her loving mother, but her coming out only intensified the hatred perpetrated toward her.

Glory finally reached her limit. Grace came home at dusk one evening and turned down the path toward their cozy home. There she found Glory, who had hung herself from a large limb of their prized oak tree.

As a parent, I cannot fathom the hurt and devastation that must have slammed Grace. I freely acknowledge that I love my sons on a deeper level than I ever imagined possible. They have connected me to a selflessness that has altered all the values I’ve ever held dear. Whenever I have empathized with the story of a parent’s loss of a beloved child, I find myself facing a cold debilitating darkness, a thought that if such a tragedy were to befall me, I might never recover.

And so it was with Grace. She went to that place immediately. Her family kept their distance from the tragedy, not wanting to deal with the “lesbian issue.” That night Grace set her home on fire, hoping death in an intense heat would offset the frigid state of her grieving soul.

Grace did not die. She was saved from the fire, but not from her pain. She returned to the lot, which now held the shell of her former house, a dilapidated fence, an old shack . . . and an oak tree. She took up residence in the shack.

A family friend came by every once in a while to check up on her, to make sure she was eating. One evening at dusk, the week before Mother’s Day, he found her. She had hung herself from the branch of the oak tree in the same spot where Glory had taken her own life.

My friend and I sat and looked at each other as she concluded the story. “My family is actually only distantly related to Grace. But her family won’t do a thing. No funeral . . . nothing.”

“You take all the time you need. Whatever you need, let me know,” I muttered before she walked away.

The story haunted me all weekend while mothers around the country were glowing in the love of their families. I could not help but be in awe of the horrible force that homophobia still exerts in our world. It is the force that inspires a mob to destroy a teenage girl, it is the power that drives a family to abandon a daughter at a time when she needs them most, and, worst of all, it is a hatred that through its destruction can turn the brightest, most unconditional love a human being can experience in on itself and into a dark and evil grief that devours every iota of life. A black hole that dissolves the spirit into nothing, it is a mother’s day turned into an evil night.

I saw my friend that Monday morning, the day after Mother’s Day. She was not supposed to be there. She was supposed to be at a chapel honoring her cousin Grace. She saw my quizzical look, and she sighed angrily. “I know. I am at work. They wouldn’t let us do it. Her family put their foot down. There will be no funeral, no memorial service for Grace.”

“No memorial? “ I said, as irritated as she was. “No memorial? Oh, yes, there will be a memorial.” With that, I opened a notebook and wrote the words across the top, “Homophobia’s Cruel Mother’s Day.” I lifted the page and showed my friend what I was going to do. She nodded. As she started to walk away, she turned and said, “Just don’t use their real names.”

Dedicated to Grace and Glory. Your lives will not be forgotten.