She May Be a Trans Hero, But Don’t be Caught on an Ill-Fated Cruise Ship With Her – Here’s Why 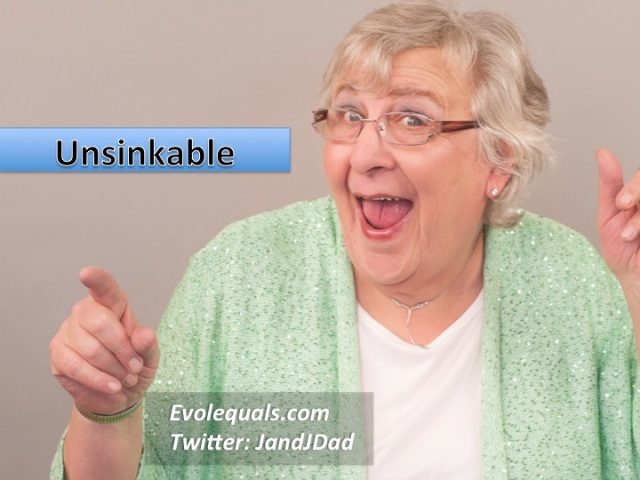 The Grey-haired old lady made her way to centre stage as the crowd of over 2500 in Pasadena, California’s historic Civic Auditorium politely applauded expectantly. What happened in those next couple of minutes last March, would propel the former middle-school English Language Arts teacher into public consciousness and validate her life-long held dream of being a recognised stand-up comedienne on the national stage.

From that initial audition on Simon Cowell’s wildly successful variety entertainment programme on NBC, America’s Got Talent, Julia Scotti has rapidly filled her schedule with engagements and shows. The YouTube videos of that first appearance have altogether garnered nearly 4.3 million views thus far and her fan base is rapidly expanding.

These days, a year later, finds her happily gigging from Florida to the Northeast, around her native New Jersey, as well as the metropolitan Tri-State New York City area. But what hasn’t changed, is her personality and the essence of who she is and where she came from albeit with a slight bit of a unique twist in her story.

“I think I was around five and back then we’d watch the Ed Sullivan Show on CBS every Sunday night, and I’d wait to see the comedians- I’d skip the opera singers, the bands, the other performers, but when the comics came on? I knew that was for me.”

Comedy wasn’t the only element on that stage that night she says. She made a decision to answer a question from one of the AGT celebrity judges, Howie Mandel, that she knew was going to be life altering.

“Oh my god, you are a joy,” Mandel had said her before adding, “You have so much to offer- can I ask you a question? Why did you start so late in life?” She hesitated before answering with the one line that stood out, as she related that from her early career she was known as “Rick Scotti,’ a revelation that brought cheers and applause from both the judges and the audience.

There had been a natural hesitation to come out on national television given the context of how the LGBTQI community, especially the Transgender community, has been perceived in some segments of society she noted. But she says, she fully intended to say something. It was though this moment built on everything which had occurred previously in her life.

Growing up in Fairview in North Jersey, Catholic and Italian-American to boot- you just would not have thought about coming out she says. That and she knew she wasn’t gay joking she did try but wasn’t a good fit for her, but instead feeling just different- it just was something that made her feel like an outsider. The escape was being able to laugh and then make other people laugh too.

The hilarious stand-up comedy acts of Richard Pryor, Rodney Dangerfield, George Carlin and plus from an early age, Lou Costello in particular, were her inspirations and her motivation. It was her escape from the pain of dealing with a home-life dominated by an alcoholic father and an abusive mother. Her ‘come-to-Jesus-moment’ occurred on May 31st, 1980, when at age 28 she wandered into an open mic event at the Jade Fountain Restaurant in Paramus, New Jersey. The audience reacted well and from that point as Rick Scotti, she would spend the next 20 years as a working comedian.

She remembered working the room one night at Budd Friedman’s Improv in the Hell’s Kitchen neighborhood of New York City, when famed stand-up comic Rodney Dangerfield, also a ‘Jersey boy’ wandered in.

“I sold him a joke for fifty bucks which was a pretty big deal. He’d come in to watch the younger comics do their shtick with these 3 by 5 cards, writing their jokes down and then he’d flip through them You knew which ones he disliked- they’d end up getting tossed on the floor.”

Along the way she related she had gotten older, many of her friends and peers from the comedy circuit around the Tri-State and Northeast had gone on to fame and recognition and she felt as though her career was languishing so that her getting a “shot at the brass ring”   wasn’t going to happen. Plus by then being married, having kids, and a need to go ‘legit’ to support her family, so she left comedy and at age 48 went back to college to finish her degree and then to work as a middle school English Language Arts teacher. That morphed into an eleven year break from comedy. During that same time she says, oddly enough it was her wife who pinned the exact cause of what had been her life long discomfiture with herself.

“My ex wife- she’s a therapist- she said to me that my problem was that I was a woman inside trying to break free. I felt like a blackness in my chest lifted and suddenly things fell into place for me.”

The road to transitioning into her authentic self did come at a cost, as it resulted immediate nonacceptance and a lengthy separation from her family, her kids and the struggles in her newly found sense of who and where she was as a person. After her surgery at one point, came the friction with society’s conventions that didn’t have a buffer nor allowances for being a Transgender person.

“When I transitioned, I was not allowed to change my birth certificate until I offered proof of surgery, even though I was living as Julia. It was the most stressful year of my life. When you consider that all a state has to do to legally change one’s birth certificate is eliminate either the “F” or the “M” and replace it with its opposite, the idea of the gender legitimacy is reduced to some nameless, faceless, government clerk. But it is so damned important to the people who are affected by that stupid little consonant.”

Teaching was a joy and she loved her kids but she grew tired of what she saw as a non-responsive bureaucracy, and most of all having to ‘teach to the test’. She saw that as stifling both her creativity as well as her student’s. Another one of the points of aggravation before she finally left teaching was when she tried to speak out for the kids in her school who were trying to organise a Gay-Straight student Alliance, the school’s administration shut her down.

“I was kinda of a rabble rouser, that and since I was tenured, they couldn’t fire me. It really bothered me that they acted as though Gay kids just don’t exist.”

A comedian friend of hers, Chris Rich, not long after told her she needed to get back into comedy. She missed it and with the now ability to be fierce and authentic as herself- Julia, she hit the circuit again.

“It’s the one performing art that everything you do for yourself, you write, you create, and then you perform. It’s addictive as hell too. Everyone wants, they need a laugh, for a comic too. You’re in a room full of strangers and you have 30 seconds to a minute max to get them to connect with you. That’s an intimate bond you create with them and for the next 35 to 45 minutes it becomes a close knit relationship.”

Every once in a while a person will stumble into your life in the most unexpected and oft times profound way. For Julia it was her manager and friend, Cathy Caldwell, who became the driving force in getting her reestablished and back on the road to success as a comedienne. Cathy also made her realise that being herself was an absolute formula for acceptance by audiences and also reaffirmed who she was as a Transgender person.

“Getting back in front of audiences was hard at first, but my comedy is based on imagery more so than stories I think which makes them relate to me better.”

Her hard work and Cathy’s guidance landed her gigs ranging from club appearances to being a popular motivational speaker, even appearing at seminar sessions for her former profession of teaching.

In December of 2015 she says she got an email from scouts for America’s Got Talent which she wasn’t sure she really was comfortable with. Cathy on the other hand was in the “you’re crazy if you miss this opportunity” mode and so they journeyed across the Hudson to Queens College in New York City for the audition that ultimately would send her on to Pasadena a few months later.

What is it like now a year later in comedy now at age 64? Busier than ever but even so she says, acceptance as her authentic self can sometimes not be exactly there. She recently performed a show in Florida where a lady came up to her afterwards. She told Julia that she and her husband nearly left- not because of the comedic content of her act but because of who she is. Julia later ended spending time afterwards with them and parted ways in an “agree to disagree” sort of way.

She sees stand-up comedy as something that she’s going to keep doing regardless of age, a metaphorical lifeboat in her life that she’s aggressively unwilling to surrender her last seat in to anybody.

Brody Levesque is a veteran journalist & currently the Chief Political Correspondent for The New Civil Rights Movement Web Magazine and the former Washington Bureau Chief for LGBTQ Nation magazine. Additionally an amateur historian, he published his first book on early U.S. presidential automotive transportation in 2015 and is working on his second book detailing the rise of a closeted gay American religious figure in the early to mid-twentieth century. He lives and works in New York City.

This entry was posted in Entertainment, Living, Prejudice and tagged America's Got Talent, Comedy, Julia Scotti, LGBTQ, Stand up, transgender. Bookmark the permalink.