Gay Dad Sound Off in an Open Letter to Dr. Robi Ludwig: Why the Words You Spoke are Dangerous, and the One Word You Forgot to Say 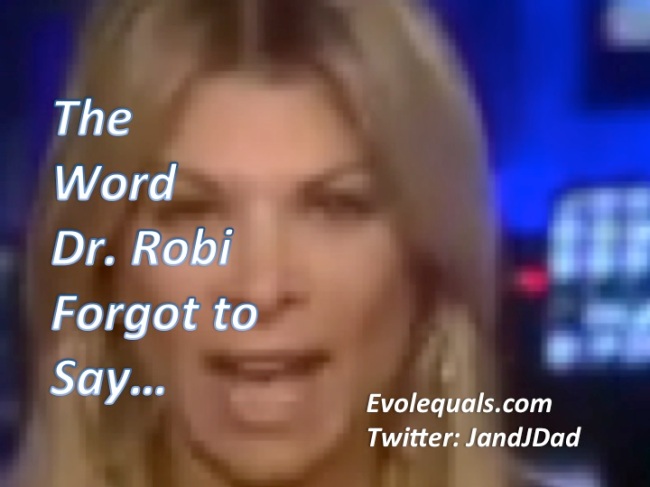 As a dad, when I see news stories of young people and children being killed, my heart breaks wide open.  If such an event were to happen to either of my sons, I in all honesty, do not think I have what it would take to recover from such a loss.

This week in Santa Barbara California, six sets of parents faced that situation in their lives.  A seventh set, the parents of Elliot Rodger, 22, who allegedly killed the other six before killing himself, have a whole other layer of horror in front of them.

One of the strangest cornerstones of life in new millennium media is not the question on whether someone will blame a current tragedy on the LGBT community, it is how quickly they will run to do it.  From 9/11, to earthquakes, to floods and British rain, it is LGBT caused, according to these factions.

The Isla Vista killings were no different.  Within days, Ken Blackwell of the Family Research Counsel presented the through-line that held LGBT couples and their marriages accountable:  gay marriage had destroyed society, it had confused the sexuality of the deranged, and it had inspired them to kill.  It is a very warped hypothesis considering it requires a complete lapse of logic, a detachment from reality and a good deal of psychic ability to reach any level of outside plausibility.  In short, it does not really give explanation to the tragedy, but more gives deep insight to the depths of Blackwell’s anti-gay obsession.

Anti-gay obsession does not explain the commentary by pop psychologist Dr. Robi Ludwig, however.  On Fox News, the doctor was asked to “hypothesize several factors which could have triggered #elliotrogers spree killing.”  Her stated hypothesis was:

“When I was first listening to him, I was like, ‘Oh, he’s angry with women for rejecting him.  And then I started to have a different idea: Is this somebody who is trying to fight against his homosexual impulses? Was he angry with women because they were taking away men from him?  But this is a kid who couldn’t connect, and felt enraged, and wanted to obliterate anyone that made him feel like a nothing.  That’s what this guy felt like, a nothing.  A nothing on the one hand, and then there was a grandiosity, on the other hand where he is talking about how beautiful he is, how sophisticated he is, but clearly a very problematic guy… and I think too, was he angry at the men for not choosing him?  This was a kid who was just angry in general and probably felt rejected, he could not connect, he couldn’t feel loved, he could not feel successful, maybe he could not even feel like a real man.”

Ludwig’s opinion does not seem to be reflected in Elliot Roger’s own statements of the killings.  In those, he is very specific about his sexual attraction towards women and his jealousy towards the men he sees as his rivals.  “On the day of retribution, I am going to enter the hottest sorority house at UCSB and I will slaughter every single spoiled, stuck-up, blond slut I see inside there. All those girls I’ve desired so much. They have all rejected me and looked down on me as an inferior man if I ever made a sexual advance toward them, while they throw themselves at these obnoxious brutes.  I take great pleasure in slaughtering all of you…After I have annihilated every single girl in the sorority house, I’ll take to the streets of Isla Vista and slay every single person I see there. All those popular kids who live such lives of hedonistic pleasure while I’ve had to rot in loneliness all these years. They all look down upon me every time I tried to join them, they’ve all treated me like a mouse.”

I am not a psychologist, but the attitude I see in the demented Rogers was not one of suppressed homosexuality, but of the rape culture and sexual entitlement expectation that I have observed in a few heterosexual men.  One such man remarked to me in the past about a woman who had turned down his advances in a bar, “She was sitting there rejecting me and all I could think of was, crap bitch, don’t you realize that I am strong enough to reach up and squash your head like a grape?  How dare you say no to me…”

For those in the LGBT community, the Ludwig’s words did not sound like psych analysis. They rang instead of “blame the gays”.  Popular lgbt columnist and editor John Becker described the commentary as “appalling and shameful” and Ludwig’s thought process as “mental gymnastics”.

Ludwig offered up a social media apology and asserted that she was “misunderstood”.  She stated,  “I in NO way meant to indicate being homosexual or having homosexual impulses is a cause for spree killing. My job@judgejeanine was to asses several POSSIBLE triggers for #ElliotRogers behavior. #peace #forequalrights.”

As a dad, I see Dr. Ludwig’s comments not only as mis-spoken, unfortunate and misguided.  I see them as dangerous.   Here is why, in my open letter to her:

On May 25th, you posted a statement by Karen Salamansohn on your website as the “quote of the day”.  That quote read, “Your words have great power.  Use them to support and inspire.”   It is good advice, and a shame that you did not heed it yourself on the Judge Jeanine show.

For me, I know your comments were bogus and ridiculous because I in fact, was your version of Elliott Rogers.

I did not have the psychopathic compulsion of Elliott Rogers, and I was and am anti-violence, but I was a twenty-something year old virgin with an obsessive compulsion to repress my homosexual feelings.  I dated sorority girls and longed deeply for a serious relationship with them.  I wanted the dream—the wife, the family, the prestige.  I wanted the pretty girl on my arm and for people like you to think of me as “a real man”.

What I did not want from those pretty girls was sex, as the real Elliott Rogers did.  I was a-ok with the “sex after marriage only” concept.  What I did not fear was pretty women getting men that I fantasized about, or of men rejecting me.  There was no way on earth that I would have approached a man for sex, or allowed myself to do so.  That would have shattered my thin veil of denial about who I really was.

No, I was not angry inside that women had rejected me, I was secretly relieved.

That is not what the real Elliott Rogers was last week.  In my opinion and experience, your hypothesis was wrong.  Your delivery of it was even worse.  It was horrific.  While psychologists speculating on motivations based on hidden repressed sexual desires is nothing new, your application of the concept was both insulting to intelligence and potentially harmful to many people, particularly teens, in our society today.

Furthermore, even if one was to follow your stated point of view, your commentary was irresponsibly incomplete.  Supposing that some sort of repressed homosexual feelings were in play, you failed to mention a word that would have described the trigger towards destructive behavior.

The word you forgot to say is “homophobia”.

Homosexual feelings would not have triggered Elliott Rogers’s behavior if he had them, the loathing and fear of them might have.  Your warning around this situation could have been for a greater acceptance and support of teens and their sexual orientation development so internalized homophobia would not occur, but that was not your message.  Your message was about how “homosexual feelings” could trigger a disturbed mind, and how they detracted from the person being “a real man”.  Especially given the target audience of Fox News, your words can now inspire homophobic parents and school kids to ostracize teens they perceive as gay or not “real men”.  Your words inspire those Fox News parents to drive their teens towards detrimental junk “reparative” therapy even more than before.  For good reason, based on your input, those teens might be triggered to commit atrocities.

Seven sets of parents, including Elliott’s, had hearts shattered with unthinkable pain.  I hold my two sons tightly and pray, selfishly, that I will never ever have to know what those poor people are going through.  We are all scrambling to understand the unfathomable.

The real Elliott Rogers is dead.  In the burnt ashes of his legacy, I pray that hope, healing, mutual respect, honoring women and many other things rise.

Homophobia cannot be and must not be, one of them.

14 Responses to Gay Dad Sound Off in an Open Letter to Dr. Robi Ludwig: Why the Words You Spoke are Dangerous, and the One Word You Forgot to Say