Posted on September 23, 2016 by allydavidstevens 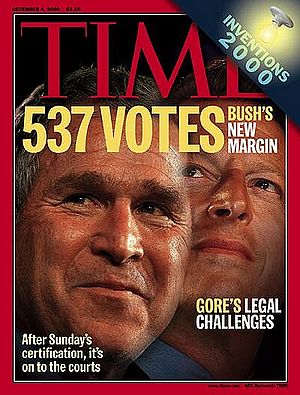 I campaigned for Ralph Nader in 2000. Even in such a close election as that, it is unlikely my efforts turned the tide, plus I lived in a firmly red state at the time. Still, here is what I have slowly come to terms with:

I was mistaken. I backed the wrong horse.

Gore would’ve been a disappointing, uninspiring president. I would have spent 4 to 8 years complaining about what a spineless sellout he was, and I would have been right.

However, he would have responded to 9/11 differently than George W. Bush. The war practices of Bush I, Clinton, and Obama prove this. Yes, Clinton and Obama engaged in war efforts, and that makes me sick, but they did not engage in “Shock and Awe” or “Bomb the Shit Out of Them.” There is an objective difference.

But, I got to enjoy my high horse of having voted my conscience, of having not engaged in the lesser of two evils game. I was PURE.

Hundreds of thousands of Iraqis and Afghanis are now dead; their blood is on my pure hands.

Presidential elections are not about purity, they are about putting someone in who will appoint sane Supreme Court Justices. Who will at least admit that Climate Change exists and will respond to pressure on important issues.

Gay marriage is now the law of the land. That wouldn’t have happened under McCain or Romney.

Obama appointed a Green Energy Czar, and while Solyndra failed spectacularly, he put more energy towards renewables than any president in recent memory.

I respect you in your knowledge and your dedication. Whoever wins, make sure that your activism stays strong in the next 4 years, that’s when it is most needed.

And yeah, I’ve probably just made you madder. I know, because I’ve been on your side of this conversation.