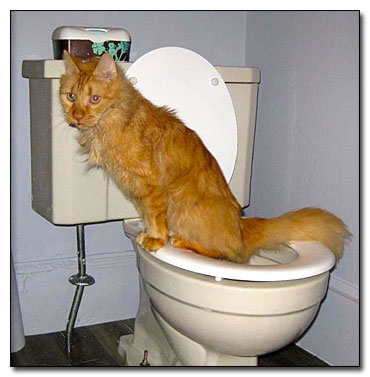 We all know what common sense is, but how many of us actually has it?
I heard all kinds of things referring to common sense when I was a kid…..
You either have it or you don’t-
Sense enough to come out of the rain-
Not a lick of common sense-
And my father’s personal favorite…He/She doesn’t have the sense to pour piss out of their boot.
Now when I was a kid, I’ll admit, I really didn’t care or know what all of it meant. But then kids and common sense are things that don’t necessarily go together. That’s okay and how it should be, it’s adults I’m talking about. Now that I am an adult, with more years and life experience under my belt than I care to mention, I understand…common sense isn’t all that common.

Common sense tells us if global warming is a result, for the most part, of humans, then we can fix or change that, and yet we do very little. Third on the list, right behind carbon dioxide emissions from burning gasoline for transportation and carbon dioxide from fossil fuel power plants is methane gas. A huge contributor is livestock, and one of the biggest factors in most major health issues is eating meat and processed foods, common sense should be all over this. If we cut way down on livestock, and eating meats, not only will we help cut down on methane gas emissions, we just might be healthier. But we also have science to back us up on this…

Another example of common sense about environment involves the care and preservation of top predators. Wolves, they are a hot button topic and happen to be a passion of mine. With the delisting from the endangered list and federal protection gone due to a sneaky rider that was included in a budget bill that passed, wolves are once again at the mercy of the states and humans. Reluctantly and with much moaning and complaining from most of us, we study history and learn about the past. One of the reasons is so we don’t make the same mistakes again. And yet, here we are. Wolves were once nearly wiped out in the lower 48. Due to the reintroduction to Yellowstone National Park and Idaho, and a little migration from Canada on their own, wolves were making a comeback. Now, once again, they are on the hit list. Hunters and ranchers would have you believe that wolves are the next plague. The truth is wolves account for less than 1% of livestock losses. Disease, illness, birthing problems and weather are the biggest sources of livestock mortality. As for wolves and deer, elk etc., wolves for the most part, kill the weak, sick, and old, while hunters kill the biggest, healthiest, strongest and the ones who are breeding. Wolves play a very important role in our ecosystem, they are not the monsters they have been made out to be. And you can call me crazy but aren’t the wolves only doing exactly what humans want to do to the livestock and elk, deer, etc.,..hunt, kill and eat them? Only much less of it! And again we have science backing up what common sense tells us, we need the wolves.

I just have one example I’m going to use as a purely political point.  I feel it makes the point for the need of common sense extremely well. I’m referring to the issue that went on for far too long, and I just heard mention of it again recently, and that is President Obama’s birth certificate. Does anyone honestly believe that some Joe or Jane in the middle of the country or even Donald Trump found some smoking gun? Don’t you think that the powers that be (the republicans), who have always been opposed to Obama would have found that smoking gun long before he was even a candidate? With all the resources they have at their disposal- namely, the entire United States government, it would have been very easy. They could have stopped him from even running. But no, we are supposed to believe that these random people or Donald Trump found something that any and all government agencies couldn’t. Really? Come on people!

But the thing that really makes me crazy is the whole gay debate. How this is even a debate is beyond me—THEY EXIST!!

And for those that like to say homosexuality is unnatural, here are the definitions of natural and unnatural……

*** nat•u•ral   /ˈnætʃərəl, ˈnætʃrəl/ Show Spelled[nach-er-uhl, nach-ruhl] Show IPA adjective 1. existing in or formed by nature ( opposed to artificial): a natural bridge. 2. based on the state of things in nature; constituted by nature: Growth is a natural process. 3. of or pertaining to nature or the universe: natural beauty. 4. of, pertaining to, or occupied with the study of natural science: conducting natural experiments. 5. in a state of nature; uncultivated, as land.

***un•nat•u•ral/ˌənˈnaCH(ə)rəl/Adjective:Contrary to the ordinary course of nature; abnormal.Not existing in nature; artificial.

So as you can see by the definition of natural, existing in or formed by nature, gay people certainly are “natural”. Since ALL people are born from an egg and a sperm and not created in some factory, we can’t get more natural than that. And since gay people DO exist in nature that means the “unnatural” definition is null. Or, as I was told by one man, “it’s not homosexuality that is unnatural; it’s the act that they do that is unnatural”. WOW- what “act” is that exactly, because heterosexuals can and do those same “acts”. And it isn’t one act or any number of acts that makes someone homosexual or heterosexual, it is just who they are, whether they are acting on it or not. And the reasoning of procreation is just as crazy, because as we all know not every sexual act between heterosexuals is for procreation.

For me one of the worst things I’ve heard is that they chose to be gay, this rationale is so lacking in any kind of sense, common or otherwise. Do you honestly believe that the millions of gay people on our planet would chose to be belittled, teased, bullied, tormented, picketed, denied basic human rights, some shunned and turned away by their own families, abused, beaten or killed? And still, if you are ridiculous enough to believe it is a choice and you don’t like homosexuality, by all means, DON’T CHOOSE IT!!

Then there are those that say, “But the bible says that homosexuality is a sin”. Well I believe it goes back to the whole natural, unnatural thing, and we already covered that. But nowhere does Christ talk about homosexuality being a sin. What Christ did say is, “You shall love the Lord your God, with all your heart, and with all your soul, and with all your might” and “You shall love your neighbor as yourself” (Mt 22:36). These were his two great commands to us, and there was no “love your neighbor except gays, beggars, thieves, or prostitutes etc.” He also said, “For in the same way you judge others, you will be judged, and the measure you use, it will be measured to you” (Mt 7:2).

When we talk about marriage equality, this is not a religious issue but a civil one, and should be protected legally and under our constitution, which states all men are created equal and have the right for life, liberty and the pursuit of happiness. How can a country that was founded on the basis of and for religious freedoms then turn around and use that same religious freedom to deny anyone the right to marry? If you don’t want to marry someone in your church that’s fine. But to deny civil marriage to a group using religious arguments is just hypocritical. You can’t claim you want the right and freedom to practice your religion without interference from the state or government and then use that same freedom, granted you, to deny another’s basic civil right to love and marry. And everyone does not share the same beliefs, some have no religious beliefs, so you are denying marriage under the assumption everyone shares the same beliefs, which clearly we know, is simply not true.
A same sex couple marrying does nothing to hurt or change the sanctity of a traditional marriage. It doesn’t affect it at all. No one can hurt or change your marriage except for those in that marriage. Everyone is responsible for their own actions, not for another’s actions. That is like me saying Newt Gingrich’s cheating and leaving a sick wife for another woman will somehow damage my marriage or the sanctity of marriage as a whole, ludicrous. What has done more to ruin the sanctity of marriage is heterosexual marriages, with all the lying, cheating, abuses and at a 50% divorce rate in the U.S. making any kind of profound claim about the sanctity of marriage or that its demise will come from same sex marriage is absurd. And dare I say that I believe the number of conservative Christians who have been caught with their pants down, so to speak, have done more than enough damage. Well, well, I guess I do dare. But again I say if you don’t want to use common sense and you somehow still believe that same sex marriage will hurt you- DON’T HAVE ONE, and if you are ever invited to one, please DON’T GO!

This isn’t rocket science folks, just good ole common sense. You don’t have to like or agree with everyone, all the time, but a little common courtesy and some basic respect can go a long way towards a better world, or at least our small corner of it.

Still a mom, still a wife, animal lover, fighter for equality, but now a graduate!! On to the next phase......
View all posts by kzottarelli →
This entry was posted in Civil Rights, Family, Living, Politics, Prejudice, Religion, Science. Bookmark the permalink.

3 Responses to Common Sense…..Not so common