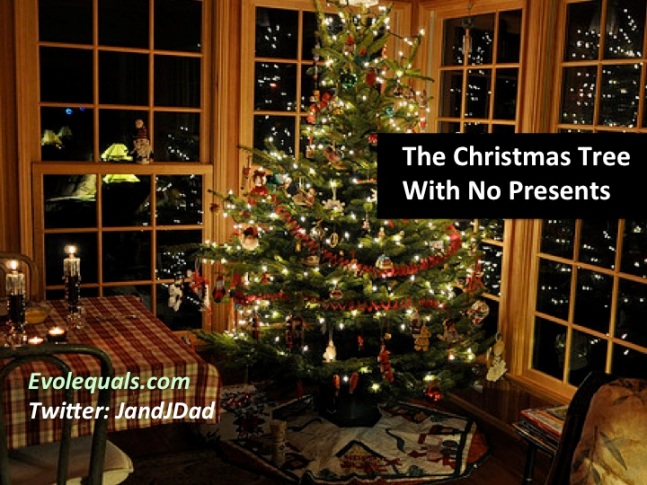 Years ago when my partner and I were deciding whether or not to have kids, we made two lists. The first was a “cons” list. On that list were all the pragmatic reasons why it would be difficult. I was in my forties—too old? There were college savings, education concerns. We would have four mouths to feed. Then we decided to make the “pros” list. My partner started out, “The looks on our children’s faces on Christmas morning.” The next sound was me ripping up the “cons” list. He closed the deal.

As my sons have grown, and are both now 12-year olds, it is no longer their looks of joy of which I am proud. It is their enthusiasm over what they are excited to give to others. They have been sneaky, and a tad dishonest lately, but it has all been to slyly slip into stores to spend their own allowance money on our different family members.

Recently, I met a family who has taken this spirit to a whole new level. Steve and his partner live in the midwest. They count as their family members Steve’s two grown daughters, one daughter’s husband, and his 13-year old son.

Steve has always believed in giving to others. Throughout his previous 15-year marriage, he was often a foster-dad, and gave home at different times to over 100 different children. This year he broached a philanthropic idea to his family: “Let’s be a substitute Santa for a homeless family in need.”

His son loved the idea, and his daughters were soon enthusiastically on board. The family began examining their budget and how much could be done. It was determined that they could reasonably put together big packages for two families. That was not enough for Steve’s kids. How could they reach more people, they asked dads Steve and his partner “T”. Steve speculated out loud, “The only way we could do more is if we pool ALL our Christmas gift money for each other, and do this instead.” The consensus from the entire family was a resounding “Let’s do it!”

Younger daughter “L” told me, “Donating my Christmas gifts was an easy decision this year. Growing up as a Christian, the story of the Good Samaritan was told many times. I try to follow this example and serve those I can, not only during the Christmas season but throughout the year. Several Christmas’ ago, our family was in need of some help during the Christmas season and some kind neighbors were able to help us out, so when it was suggested to help someone else in need it was an easy decision to return the favor.”

More family members came on board, specifically former foster children of Steve’s, and contributed. The targets of the gifts changed as they dug into local needs further. Steve found out about a program sponsored by the local Pride organization and two churches that fed homeless youth, mostly LGBT. The majority of the teens had been thrown out of their homes for coming out to their families. They were now not welcomed home. This was consistent with homeless teen populations nationwide. Of those, researcher Cathy Kristofferson in an important piece in which she shares:

“Simple factors of 4 tell the story of parental rejection and its effect on queer youth homelessness:

Youth homelessness is bad enough on its own but being queer further compounds the difficulties.  Devastating statistics like 62% of queer homeless youth attempt suicide only begin to tell the story of the additional hardship endured when compared with their heterosexual counterparts.  Queer youth experiencing homelessness are:

In the urban area where Steve and family reside, the teens lived both on the street, and in secret camps up in the local canyons. They were scared, guarded and not trusting of strangers. There however would be a breakfast for them sponsored by the churches and many of the teens would be attending. When they did, Steve and family decided, gifts would be waiting for them. 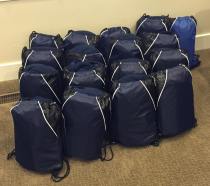 Working with a new non-profit called Humanity4Humanity, a packet could be put together for $48 each. Each packet contained: a drawstring backpack, beanie, gloves, scarf, neck gaiter, 5 pairs of socks, 10 pairs of hand warmers, 3 bottles of water, nutrition bars, a metal cup, a sketch pad, markers, a tooth brush, tooth paste, floss, deodorant, and chapstick. By foregoing their own Christmas, Steve’s family was able to put together over 18 packets to have ready at the breakfast.

“The teens we gave them to had no idea what was happening,” Steve reports. “They all looked a bit despondent and withdrawn when they came in. The reactions changed dramatically as we gave out their gifts. One 17 year old boy, with a tough wise-guy exterior melted and openly wept. All he could manage to verbalize was ‘I…appreciate this…very much.’ Another raven haired young lady came in dark and sullen, her face lit up a thousand fold as she told us the tale of being tossed from home for being a lesbian.”

(For those wishing to do similar things, Humanity4Humanity can be contacted through Humanity4Humanity.net and donations can be made here: https://www.paypal.com/cgi-bin/webscr?cmd=_s-xclick&hosted_button_id=W9FY57C37RVFA )

Steve’s son, “N” felt good about what they had done. “It is extremely rewarding to know that someone else will be happy during Christmas time even if I have to go without gifts that were all selfish anyways,” he stated.

Steve’s partner, “T” is the main bread winner. They live in a “red state” that now legally has same sex marriage by court mandate. “T”’s employers, however, have already let it be known that gay people will not be tolerated in their company. There is no state or federal statute preventing them from terminating him for that reason should he be outed. He cannot be seen as being the step-father to three fantastic kids, nor husband to their father, an incredibly generous man.

They are first-rate human beings and neighbors who are second class citizens. They live their family life in secret. Their kids want nothing more than to be “loved and provided for”, and “forget sometimes” that their parents are gay, but they cannot afford to be publicly seen for what they are: a loving, generous, giving family unit.

This is my Christmas card to them:

I wish “Merry Christmas” to many people, but in this instance it is a deep and abiding hope. I want for you to enjoy your holiday with a fully satisfied and joyous sense of contentment, one you richly deserve.

For you, I wish a wealth of things under your Christmas tree this year, but not replacement material items for the things you have given up. You don’t really care that those things are gone, and I have no desire to replace them for you.

I wish for you to experience the right of public affection, for two dads to grab each other’s hands as they walk down the street with their teen son, and for no one to really notice at all.

I wish for you the magical wedding day that you want but cannot imagine having. The day when your kids stand by and proudly beam publicly as you express your personal heartfelt love for each other in front of friends, relative and co-workers. I wish for your community to come together and be there for you in direct measure to how you have been there for them.

In short, because I cannot give you any of these things except to promise to keep fighting until you have them, I will instead leave the torn page from a children’s book. Under the tree, you will find, from me, this page from The Velveteen Rabbit:

“What is REAL?” the Velveteen Rabbit asked the Skin Horse one day. “Does it mean having things that buzz inside you and a stick-out handle?”

“Real isn’t how you are made,” said the Skin Horse. “It’s a thing that happens to you. When a child loves you for a long, long time, not just to play with, but REALLY loves you, then you become Real.”

“Does it hurt?” asked the Velveteen Rabbit.

“Sometimes,” said the Skin Horse, for he was always truthful. “When you are Real you don’t mind being hurt.”

“It doesn’t happen all at once,” said the Skin Horse. “You become. It takes a long time. That’s why it doesn’t happen often to people who break easily, or have sharp edges, or who have to be carefully kept. Generally, by the time you are Real, most of your hair has been loved off, and your eyes drop out and you get loose in your joints and very shabby. But these things don’t matter at all, because once you are Real you can’t be ugly, except to people who don’t understand. But once you are Real you can’t become unreal again. It lasts for always.” (Margery Williams)

You are now, right this minute, the REALEST family I know on earth.