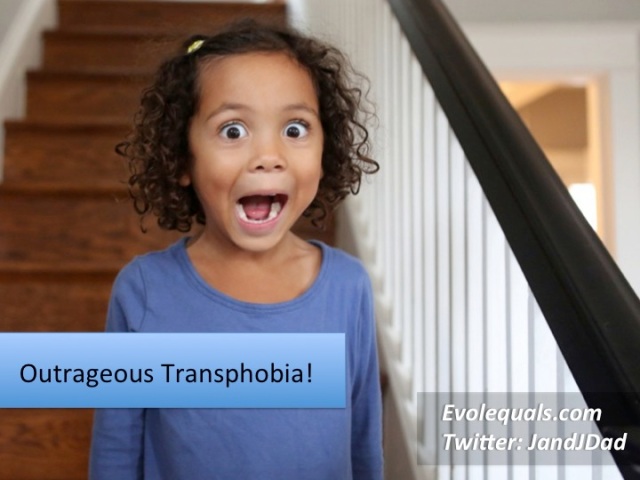 In Texas, the latest punch in the “religious freedom” strategy has been thrown. Previously, the anti-gay movement enlisted cake bakers, florists and a hapless county clerk, Kim Davis (you’ve heard of her, right?). The latest to step up to the victim mouthpiece is a teacher named Madeline Kirksey. Kirksey claims that her “religious freedom” has been violated because she has been asked to refer to a transgender child by the child’s chosen name and proper gender pronoun. Kirksey has refused to do so, and claims that she was fired as a result (the school denies that this is the case).

But it should be the case. Ms. Kirksey deserves to be fired.

Vanessa [last name withheld], a teacher in Washington D.C., points out why: “[This teacher] discriminated against the child. It is the job of a teacher not only to support our students, but also to value their diversity. It is our job to ensure students are safe, physically and emotionally. By misgendering the student and refusing the preferred name, the teacher is explicitly hurting the child…on purpose. The well-being of our children is directly linked to affirming families and communities. For children, school is where they spend most of their time. This type of direct discrimination and disrespect puts the child at higher risk of self-harm and suicide. A teacher wouldn’t bully a cis student and get away with it.”

Vanessa’s husband, Ron, concurs, “It’s shocking that people’s religious beliefs are so strong that they would not acknowledge a kid’s new name. Support and acceptance for transgender people have been substantially lacking, and my fear is how these kids will be accepted and kept safe.”

Vanessa and Ron have become de facto experts in how trans kids should be treated. Their almost five-year-old daughter, Ellie, is transgender. They are a family rooted in strong values. Vanessa’s parents lived the ultimate love story, meeting young and falling in love for a lifetime commitment. Ron’s parents were also in love, but the family had to deal with tragedy. When Ron was ten years old, his dad died of brain cancer. “The emotional scars were still deep, knowing my dad was no longer living. So, when I met Vanessa and thought about raising a family, I really wanted to ensure she and our kids were what I focused on—my role as a husband and dad. They came first,” he told me.

Their son, Ronnie, was born first. Ellie was due eighteen months later. “We had an amniocentesis and found out the ‘sex,’ but at the time we really didn’t think about sex and gender being different. We pretty immediately formed a family identity as ‘Vanessa and Ron with two small boys.’” The amnio did not tell the truth about Ellie, however. The packaging was misleading. As soon as she was able to speak, Ellie set about clarifying who she was to her parents. “I’m not a boy. I am a girl. I’m a girl in my heart and my brain. My penis is my only boy part. The whole rest of me is girl,” she would explain to them out of the blue, without prompting.

Vanessa was disturbed when she witnessed Ellie trying to fight her own inner truth. Ellie would lie in bed at night, unable to sleep, poking her chest and attempting to convince herself of something she was told but did not believe: “Boy, boy, boy! I have to be a boy! I have to like power rangers!”

Witnessing this struggle, Vanessa and Ron knew it was time for them to transition. Their daughter had spoken, and they had to listen. Ellie had already rejected the name she was given at birth. She had been okay with it until she realized people would see her as a boy if she used it. So she informed her parents that she was “Ellie.” The results of Vanessa and Ron’s full acceptance of Ellie was dramatic. “She blossomed, became happier and just seemed more herself. We have a happy, silly, strong-willed, outgoing daughter. Before her transition, she was mostly quiet, shy, sometimes angry and certainly not outgoing. At the forefront of parenting is ensuring the happiness and safety of your children. It was clear that by not listening to her, we’d be putting her at risk, and that is not something we were willing to do,” Vanessa says, emphatically.

Ron and Vanessa then did the incredible; not only did they not hide what was going on in their family, they built a new community consciousness around their child. Ron explains. “My concerns were about how society would view Ellie. Ellie is of two different races: Caucasian and African-American. This should not be an issue in modern society in America, but it still is, to a certain degree. Ellie is also a transgender girl, so now we have a really interesting kid and a dynamic on various levels. My concern stems from this convergence—her growing up as biracial and transgender—and what she will face as she gets older. Transgender females of color face the harshest treatment of any trans people. In the African-American community, support and acceptance for transgender people have been substantially lacking, and my concern is about how Ellie will be safe and secure. Society has come a long way, in certain regards, to accepting and supporting people with different gender identities, but there is a lot more that can be done to accept and treat them fairly.” Vanessa and Ron wrote a letter to hundreds of people in their community: Ellie’s teachers, the principal, and everyone who would touch her life. They explained her story in detail and provided eight different resources for people to turn to for further information. If a friend of Ellie’s asked a question, they answered it and then sent a copy of their letter to the child’s parents. 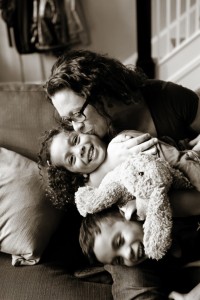 Ellie’s school has been entirely supportive; the principal and assistant principal co-signed Vanessa and Ron’s letter. Vanessa says, “Reaction has all been positive. 100 percent…which is surprising. Now, it’s totally possible that it’s not 100 percent positive behind our backs, but all that really matters is that Ellie is respected, cared for, and that people use the right name and the right pronoun for her. We’ve been very surprised by the number of people who we were nervous to tell. We are realistic, and know that at some point she will confront the hate, the anger, and the misconceptions in the world, and we just hope that it can change fast enough for our daughter to lead her life as freely and proudly as she does today. She tells people she is transgender. We kept this specific word from her initially but in reading I Am Jazz, she heard it once and immediately took it on as her own. Our choice to share so publicly was right for our family, but we know that other families have reasons to remain more private. We are just grateful for the response and support we’ve received. Our dream is for Ellie to move forward in life as proud and safe as she is now.”

And, as for Vanessa and Ron’s response to people like Madeline Kirksey and others, who rant and disparage transgender kids? “It should be a nonissue. When adults make it an issue, they are not helping anyone; in fact, their views harm children. This happens everywhere. The fact that a six-year-old is threatening to adults is mind-blowing. A lot of it is fear-mongering. There is a lot wrapped up in sexuality. Children, especially those Ellie’s age, are not sexual people. Her gender identity has nothing to do with sex and won’t be related to sexuality for many years.”

I address Ms. Kirksey and others who share her point of view in the following letter:

In the Bible, the book of Proverbs advocates for using a rod on children in five different instances. In the book of Deuteronomy it mandates that rebellious sons who do not listen to their fathers or mothers be stoned to death. You may have a deep-seated religious conviction that everything the Bible says is true and literal, and you may feel a duty to follow it. But I can assure you that if you followed it to the letter with one of my children in your care, I would not stop at getting you fired. I would seek to have you arrested and put away for a long, long time.

There is absolutely nothing in the Bible that addresses modern kids and the transgender process. And yet you assert that your refusal to address a transgender child by the right name and pronoun somehow flies in the face of your biblical learning. You have flouted parental instruction as to the needs of their child. Instead, you have chosen to challenge the child’s identity on a daily basis. Behavior by adults like you toward transgender children has resulted in this: More than 50 percent of unsupported transgender youth will have made at least one suicide attempt by their twentieth birthday. By contrast, when adults respect the identity of transgender children, according to a study by Trans PULSE, the number of suicide attempts drops by 95 percent.

There is a fabulous little transgender girl named Ellie. Her name means “shining light.” Your name derives from Mary Magdalene, a woman who witnessed such a light and a resurrection. And now it’s time you witnessed a child’s resurrection into the life they need to live in order to thrive and grow.

Your choice is clear, Ms. Kirksey. You could be the teacher whose image a transgender person remembers on the night they decide to end it all just to get your incessant voice repeating the wrong name over and over out of their head. Or, you could be one of their safeguards, the one who told them they could be the best form of themselves. You can be part of what helps them die, or you can be part of what helps them change the world. Vanessa and Ron—as loving, caring parents—have made their choice, as did the parents of your transgender student. They have learned the lessons of listening and love.

The role of a teacher is to guide and inspire. A person who picks denying a child’s very identity, thus nudging them down the path of self-destruction, is not fit to teach.

It is you, Ms. Kirksey, who needs to be taught.

Meet the family in this video!

Thanks to Rachel Hockett for her editing assistance!

A single gay dad who cares. His story can be read here: http://www.imagaysingleparent.com/2013/02/02/rob/ and here: http://www.huffingtonpost.com/2014/01/31/rob-watson-gay-family_n_4689661.html
View all posts by robw77 →
This entry was posted in Civil Rights, Family, Living, Mixing religion and politics, Prejudice, Religion and tagged Madeline Kirksey, parents of a transgender child. Bookmark the permalink.