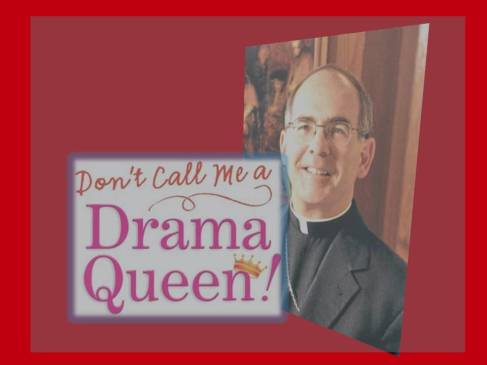 I should not be surprised.  The Catholic Church has, in the past, defined gay people as “intrinsically disordered” and parents like myself as “doing violence” to our children for providing them love and a home.

So why does Seattle archbishop J. Peter Sartain’s hyperbole set my teeth chattering?

Most of us have heard all the empty ringing arguments against same sex marriage.  The play “8” draws them all out as they were presented in the California court case against proposition 8.   Intelligently.

There is nothing intelligent in Sartain’s video.  He says, “To suddenly change the God-given and time honored understanding of marriage would be a very harmful thing for our state and for the world. Should marriage be redefined in our state the very foundational nature of marriage for the good and strength of human society would be harmed beyond repair.”

All I can say to that is…. “cut the crap”.  There are so many things wrong in this brief statement… let’s count them.  Just for fun.

It bothers me when a man of God goes hysterical like this.  The one thing I expect of him, even if I don’t agree with him, is to stand up for principles.  This kind of hysteria is dishonest… and Godless.

I really want to make a quip about him being a drama queen, but I really find it depressing to see anyone drop all the good principles they could stand for just so they can maintain their prejudice.  I’m sad.