A Straight Man’s Coming Out Story

Posted on April 27, 2013 by allydavidstevens 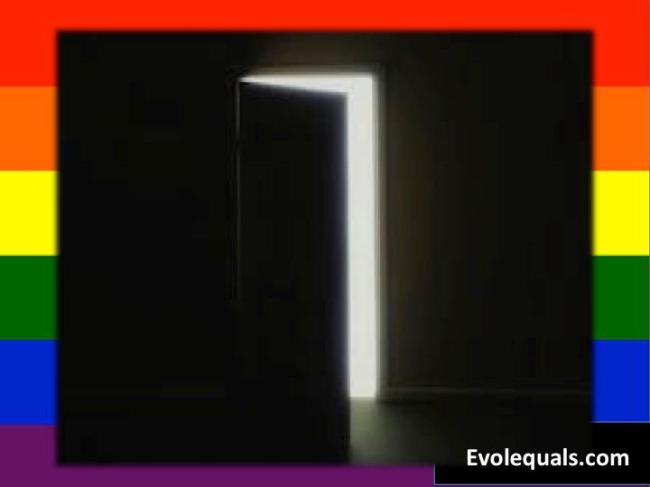 This story isn’t about me. Except that it is, because it’s all about me. Maybe some of you can relate to that.

I’m the black sheep of the family. The traditional path has always been tough for me to follow. When I was 19 I dropped out of college to pursue partying full time. This was hard for my parents, who always stressed the importance of getting that four year degree.

I moved out to Texas with a buddy so we could be Austin slackers, and the good times rolled.

After a few months my little brother came out to visit me. We spent the first day hanging out with my roommates, and later in the evening we had the apartment to ourselves.

We were sitting at the table, talking about this and that (I was probably trying to give him advice about girls), when suddenly he says: “I have something to tell you, and it’s really hard!”

That’s it? He’s not cutting me off? I still get my little brother? Oh, God, what a relief! Oh, man, that was close…

It then occurs to me that he’s just made a huge confession.

Just then I hear my roommate’s key in the front door. I lean over; kiss my bro on the head and say, “Okay. I still love you, you’re still my brother.” (It’s not until years later that I realize that this well-intended statement carried a hint of rejection, i.e. the possibility that I might’ve stopped loving him or disowned him. Alas, it was the best I could come up with in the moment)

That was it. We spoke at length that night. I had a lot of questions, pure curiosity since I’d never been so close to someone I knew was gay. It was cool, here’s my brother that I’ve always known, and now I know this whole new thing about him.

Pretty soon I was making sure that all of my friends knew about his revelation (with his permission, of course). I felt that his orientation upped my alternative cred. I think he found that amusing.

While this was no doubt a major event for my brother, it also marked a turning point for me. I had already landed in the ally camp, but now I had a dog in the fight. The struggle for LGBTQ equality was no longer just a theoretical issue. Suddenly it was about blood. Before this conversation, I had principles. But now, my principles had a focus, and a purpose. 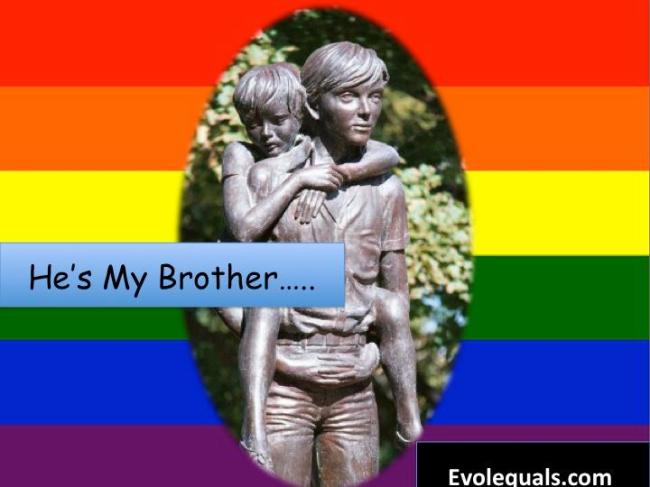 It is a big brother’s responsibility to protect his little brother, and while my brother is a badass and doesn’t require much in the way of protection, I still take that role very seriously.

I’m not a young Austin slacker anymore. I’m almost 40, I live in Portland, Oregon, and I have a family and a career. I don’t have a lot of free time. But I will stand up, any time, any day, to anyone who suggests that my brother or any other person of the LGBTQ persuasion is less worthy or doesn’t have the right to love who they love. I invite debate and discussion, and I make my best effort to see anyone I’m debating as a thoughtful and principled person, but just below the surface is a dragon’s claws prepared to tear up anyone who threatens my little brother’s well-being.

At the end of the day, I’m no genius, I’m no hero, I’m just a dude who loves his brother, and his brother’s people. Ally ‘till death. With dragon claws….grrr.

24 Responses to A Straight Man’s Coming Out Story