“Love the Sinner”…um….Yeah, Don’t Give Me That Crap 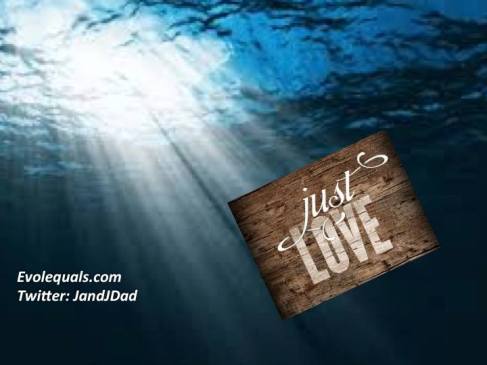 “I love the color red..but I kinda hate the reddish tint.”

Sounds stupid, doesn’t it? Not a lot of sense in that phrase. Same goes for another one, that we hear a lot. “Love the sinner, hate the sin.”

This one’s used by many somewhat fundamentalist religious people to justify their dislike of homosexuality. This was used during a recent discussion on same-sex marriage, with a christian friend of mine. After giving me all the typical arguments against Marriage Equality, it seems that to him it was the perfect ending to the conversation. Now to my friend’s credit, he did not go on about how being gay is a sin, or worse, an abomination. To him, the sin was “living the gay lifestyle.”

When asked how same sex marriage differs greatly from his marriage, he had no clear answer. Only that it was against biblical teaching, and will destroy “traditional” marriage. (We’ve all heard these arguments before.)

There are, in my opinion, a number of things wrong with this platitude. First, while it is heard mostly from Christian fundamentalists, it’s actually a paraphrase of Gandhi’s quote, “Hate the sin but not the sinner.”

Does anyone else find it ironic that Christians are using a famous Hindu’s quote as their own? Second, it’s an instant judgment. YOU have decided someone is wrong…”Love the ‘sinner’…” This flies in the face of biblical teachings. Anyone remember “Judge not…?” At the same time, by fundamentalist standards, everyone fits into the category of “sinner.” Even, or dare I say, especially, the fundamentalists. So…”Let he who is without sin…” Third, how can you “love” a person when you “hate” an integral part of who, and what they are? This goes back to the bible, too. Specifically, one verse, John 13:34. Don’t bother looking it up, here it is. “A new commandment I give unto you, that ye love one another, as I have loved you…” from the King James Bible.

Now, think a moment. How did Jesus love? Totally, unreservedly, unconditionally. Jesus hung out with a bunch of people who, historically, were always considered “less than” if not outright hated. Fishermen, revolutionaries, and come on…a tax collector? Not to mention, a prostitute. Now, we’re not talking a high priced call girl, we’re talking a hooker! And how did he love them?

So, if , you “love one another, as I have loved you,” should it not be the same kind of love? Total? Without reservation? Without condition? It is to me. Again, in my opinion, “Love the sinner, hate the sin” is a total cop out. A polite way of saying “I hate what you are, but I’m trying to butter it up, and make myself feel better by pretending to love you. Jesus never once said anything like “I love you, but that hair! Can’t stand it!” He simply stated “I love you.” Totally, unreservedly, unconditionally.

May I humbly suggest you try doing the same.

A single gay dad who cares. His story can be read here: http://www.imagaysingleparent.com/2013/02/02/rob/ and here: http://www.huffingtonpost.com/2014/01/31/rob-watson-gay-family_n_4689661.html
View all posts by robw77 →
This entry was posted in Uncategorized and tagged equality, Gandhi, gay rights, John 13:34, ken jansen, lgbt, Love one another, Love the Sinner. Bookmark the permalink.

164 Responses to “Love the Sinner”…um….Yeah, Don’t Give Me That Crap