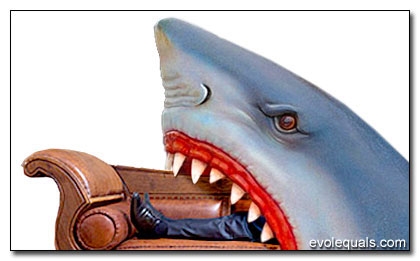 One of the most disturbing aspects of so called “ex gay reparative therapy” is the one that no one is talking about directly.  Granted, every aspect stinks about “reparative therapy”.  None of it is based on science, nothing about it is based on anything but the desire  for one element of society to change another element of society into something they aren’t.  What “reparative” “ex gay” therapy is and does, is bad.  Mathew Shurka’s recent video describes it well and from the heart.  We have been, and are, discussing what this practice is with California ‘s landmark new law that prevents minors from being subjected to destructive sexual orientation   “reparative therapies” and the discussion has broadened to other states.

But we are not calling out and discussing who is conducting these therapies and why.

As a dad, I am in constant vigilance as to who is taking care of my kids.  What are their credentials, background, references and are they SAFE?  I may seem intrusive and even heartless in this pursuit for my kids’ care in health and education, but hey, these are my kids, and I am vigilant against someone doing them harm, and that is in regard to therapies that are regarded by pediatric agencies as positive.

Most who are sent to this kind of “ex gay” consultation are kids. Even if parents, ignoring pediatric experts, believed in the heinous goals of “reparative therapy”, even if they wanted the spurious results it “promises” with a parent protective mindset, they should have at least some sense of protection as to who is preying on their kids.

The subject of “recovery” is not a foreign one for me.  In my twenties, I drove myself to rock bottom as a young alcoholic.  I have recently celebrated over three decades of continuous sobriety.  A major aspect of that sobriety is in working with others who are trying to stay sober and sharing experience, strength and hope.  This is the theory by which many “ex-gay therapists” claim to operate.  They present the illusion that they are “recovered” and to maintain that “abstinence”, they must work with others grappling with the same issue.

Since sexuality is not a “recovery issue”, their assertion is fallacious.

Pretending their argument has validity for a moment though, there is another huge difference between my experience and theirs that brings in even MORE concern about who they are and what they are doing.  In my case, the substance of the addiction is physical.  There is an actual chemical that is required in my system to get me drunk and cause a slip.  That chemical has to be ingested by me to turn me back into a practicing alcoholic.  That is not true in their presumptive case.  Sexuality starts in the mind, and the emotions.  One does not have to be performing actual sex acts to be in the depths of one’s sexuality.  Seduction, fantasy, the emotion behind a touch, even the right look, all can embody the totality of heterosexual or homosexual feelings fully.  I cannot embody alcoholism when I continue to be stone cold sober physically.  It is why alcoholics in recovery avoid “the first drink” at all costs.

Why do these men who claim to be cured by a therapy with a dismal track record eagerly clamor to become therapists and hands-on advocates, and why are they allowed to do so?  The analogy of the “ex-gay” being in recovery and working with others in need for the well being of both is a false one, even under the context they would have us believe.  Their situation in analogy would be that engagement in sexual discussion and sharing about emotions is like a recovering alcoholic going on a wine tasting tour with a practicing alcoholic, swirling the wine in his mouth and spitting it out. In recovery terminology, that would not approximate sobriety, that would be a major “slip”.  An “ex-gay” conducting “therapy” for someone trying to “recover” from same sex attraction is therefore not abstaining, but participating. For them, if they are truly “cured” they should be avoiding anything around homosexuality as a reformed smoker avoids a smoke filled room.

Consider this in respect to “ex gay therapists” who have been public::

Aaron Bitzer, is a plaintiff in a law suit challenging California’s new law protecting  minors.  He  claims to have been cured of his homosexuality and  rather than starting a new life avoiding homosexuality all together, he now seeks to be a therapist to discuss and listen to other men’s gay experiences.

David Pickup, a Glendale, Calif. therapist protested the new law coming into effect.  He told Fox News that he’s been a member of NARTH for more than eight years after he went through his own ex-gaying treatment and now seeks out patients with whom to discuss it.  Pickup stated that he’s had thousands of sexual interactions with men, but describes himself as a heterosexual man with a homosexual challenge.

Richard Cohen, author of “Coming out Straight” describes having a bisexual past in which, among same sex attraction incidents, he had a boyfriend during his first three years of marriage.   His brand of “therapy” includes intimate physical cuddling as a reparative technique, claiming this intimacy to be non-sexual.  (Warning to single gay men with “loves to cuddle” in your romantic wish list: Your favorite intimacy may turn your partner straight.  At least, if you follow Richard Cohen’s line of thinking.)

Joe Dallas, an ex-gay leader and speaker in southern California, claims a promiscuous bisexual past.   He recently shared feelings about a sole protester at a Chik-Fil-A in his blog: “I liked you immediately”.  Joe apparently spent his hour-plus time in the Chick-Fil-A anti-gay gorge fest obsessing on the gay man outside with a sign rather than focusing on the family with whom he was eating protest chicken.

The vulnerable participants, through external or internalized homophobia from themselves or others, seeking out this therapy, should not be subjected to individuals who are likely to be using them for some conscious, subconscious or even unconscious self gratification.

A recent article described the experience of Chaim Levin,  “The turning point was in October 2008, when Levin said his “life coach” told him to slowly undress and touch himself in front of a mirror while the life coach stood several feet away. The exercise lasted about an hour, and all Levin could think about was how badly he wanted to leave the center and never go back. Afterwards, he went home and vowed never to tell anyone about it.”

Right now, nothing is really being done to stop this predatory situation under the guise of these men being “therapists”.  It takes a practice that is at best wrong-minded, dangerous to self esteem and demoralizing and makes it completely traumatizing.

A single gay dad who cares. His story can be read here: http://www.imagaysingleparent.com/2013/02/02/rob/ and here: http://www.huffingtonpost.com/2014/01/31/rob-watson-gay-family_n_4689661.html
View all posts by robw77 →
This entry was posted in Family, Politics, Prejudice, Religion, Reparative Therapy, Science, US Politics and tagged ex gay therapy, recovery from, recovery from being gay, reparative therapy. Bookmark the permalink.